The Shark Conservation Society (SCS) seeks to further conservation through research expeditions and campaigns based on fact and practical experience, and to promote best practice when interaction with sharks is necessary.

From the SCS page: “The board of the Society is delighted to announce that Wilfred Chivell has accepted Honorary Life Membership (HLM) of SCS. Wilfred is a committed "action type" conservationist who founded the Dyer Island Conservation Trust. He is also the owner of Marine Dynamics (a Gansbaai shark ecotourism operator) and a well known figure in marine wildlife circles in South Africa's Western Cape. Within SCS there has always been the belief that in general life, and in conservation, there are the 'doers' and the 'talkers' - Wilfred is very much a doer!” 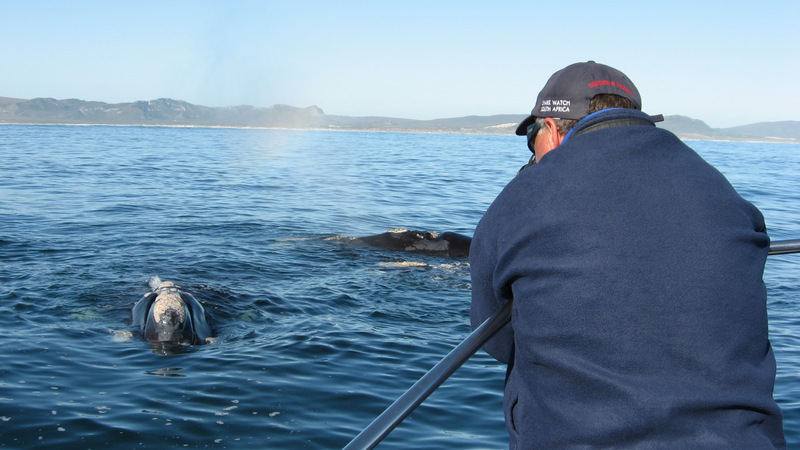 With an early start this morning we headed out to brave the cold in our search for the Great White Shark! Photo of the day - Peek-a-boo!