Please complete the form below and your enquiry will be sent directly to Cliff Lodge via email.

Your enquiry has been sent to Cliff Lodge.

Generally small towns rank dismally on TripAdvisor. However Gansbaai, and specifically De Kelders, is the exception to this rule. In the 2013 Trip Advisor Travellers’ Awards, 3 of the 25 top B&B’s in South Africa were in De Kelders!

With over 46 million monthly users globally, there is no doubt that TripAdvisor is the big story in tourism marketing. Generally small towns rank dismally with little exposure on TripAdvisor. However Gansbaai, and specifically De Kelders, is the exception to this rule.

Above: Walking along the cliffs and discovering the caves of De Kelders is one of the favourite activities for people visiting this coastal gem

In the 2013 Trip Advisor Travellers’ Awards, 3 of the 25 top B&B’s in South Africa were in De Kelders! How wonderful for this little village to have such high quality establishments, and such great recognition. The three award winners are Cliff Lodge (at no. 3), Crayfish Lodge (at no. 6) and De Kelders Private House (at no. 19). Cliff Lodge was also named as no. 22 in the Top 25 B&B’s in the world! 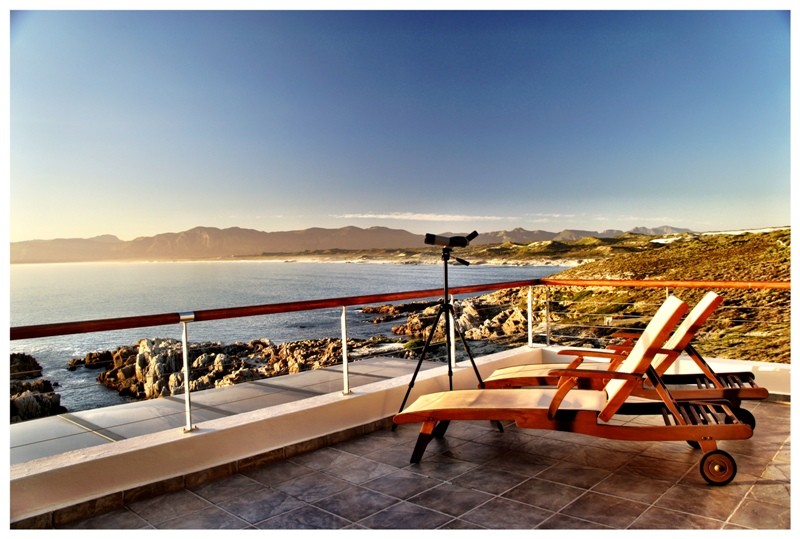 Above: A view from the deck at Cliff Lodge, 3rd place winner

Twenty one of the twenty five award winners in South Africa are found in the Western Cape, which is testament to the very high standard of accommodation and service that is at the heart of our tourism industry in this province.

Unlike other awards, TripAdvisor Travellers’ Choice winners are based on millions of valuable reviews and opinions collected during the year from travellers around the world. One thing is for sure – TripAdvisor users love South Africa, and De Kelders in particular!

Located on the cliffs of De Kelders in Gansbaai, Cliff Lodge is a luxurious guest house with a distinctive boutique-hotel like feel. Enjoy one of the best views that Gansbaai has to offer from this exquisite accommodation destination where you can see as far as Cape Point on a clear day. Cliff Lodge... Activities To Experience During Your Stay At ...

Cliff Lodge is located in De Kelders, in the heart of the beautiful Overberg region just two hours from Cape Town. Things to do in the Cape Overberg. Review from Oliver and Nora on Bookings.com

We feel very fortunate to live in this beautiful place and to be able to share it with so many lovely people from all over the world. The Cliff Lodge Cottage is a beautiful, well-equipped modern beach house on the seafront of De Kelders. Cliff Lodge is a partner in the Trees for Tourism Program.

Bird Life in the Gansbaai Area

The Overberg is a bird-lover's paradise, with more than 330 species recorded, and at least 20 endemic species.