What are the Whales doing?

What are you seeing?

When a pod of about five to eight Southern Right Whales are seen swirling about in the water, with their bodies heaving or rolling over each other, flippers in the air - it is usually a mating session. Several males will try to mate with a single female at any one time. 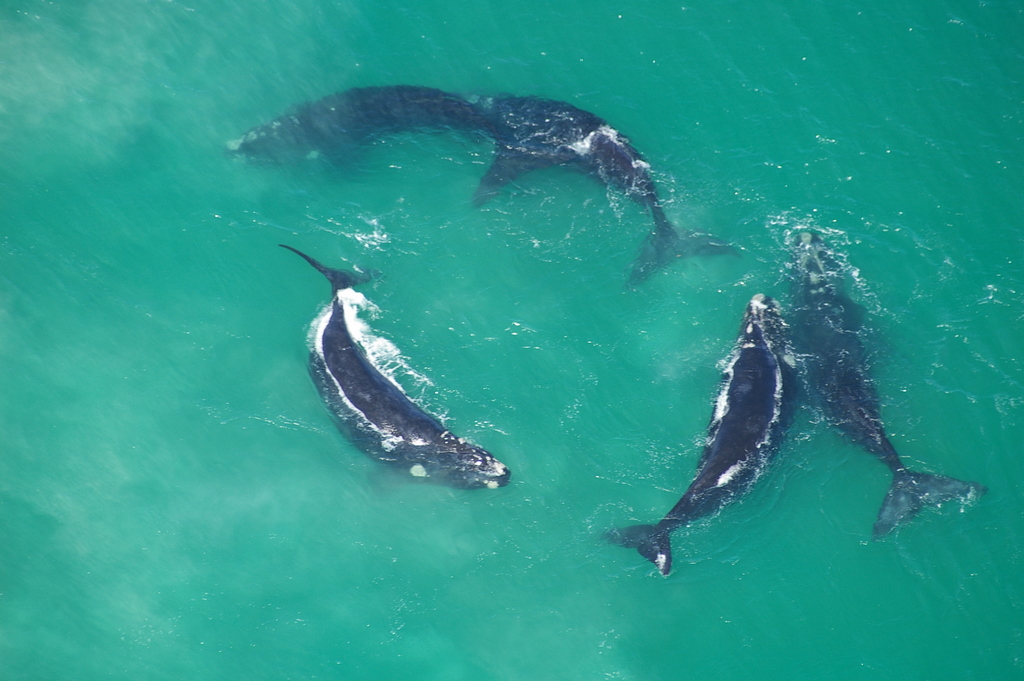 The truly incredible sight of a whale breaching is still the most spectacular moment for any whale watcher. Fortunately, whales breach several times in succession, so cameras can be hauled out to capture the next moment that the huge body is heaved out of the water in a magnificent demonstration of power and grace.

Whales breach about five times but have been seen to breach up to 18 times in succession. Why? Theories are that it is for communication or to rid the body of lice but maybe it is for the sheer joy of being. 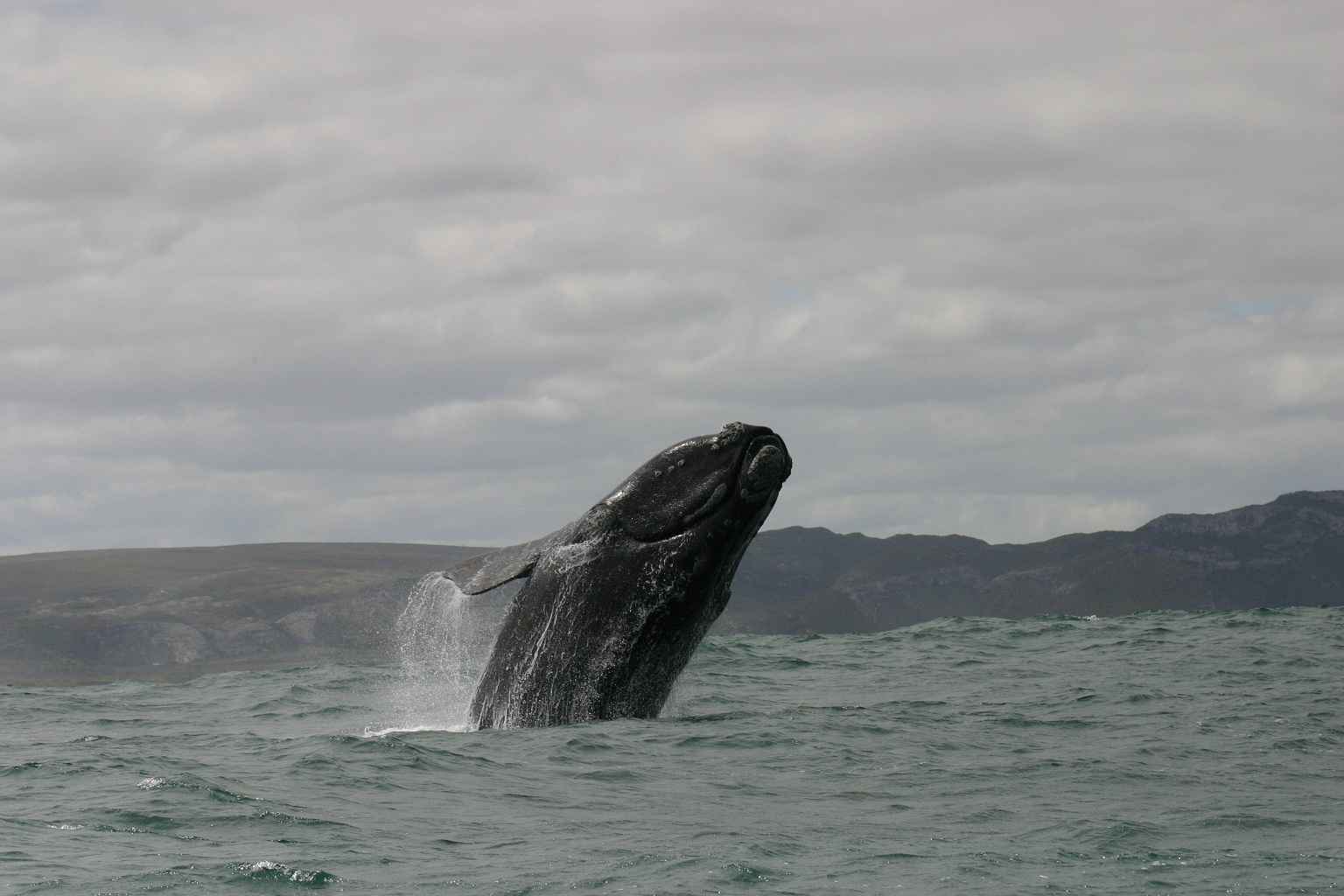 When the whale lifts its tail clear of the water and holds it there vertically for long periods. Scientists believe the whales could be "sailing", using the wind to push the body through the water, or it could be a form of temperature control. 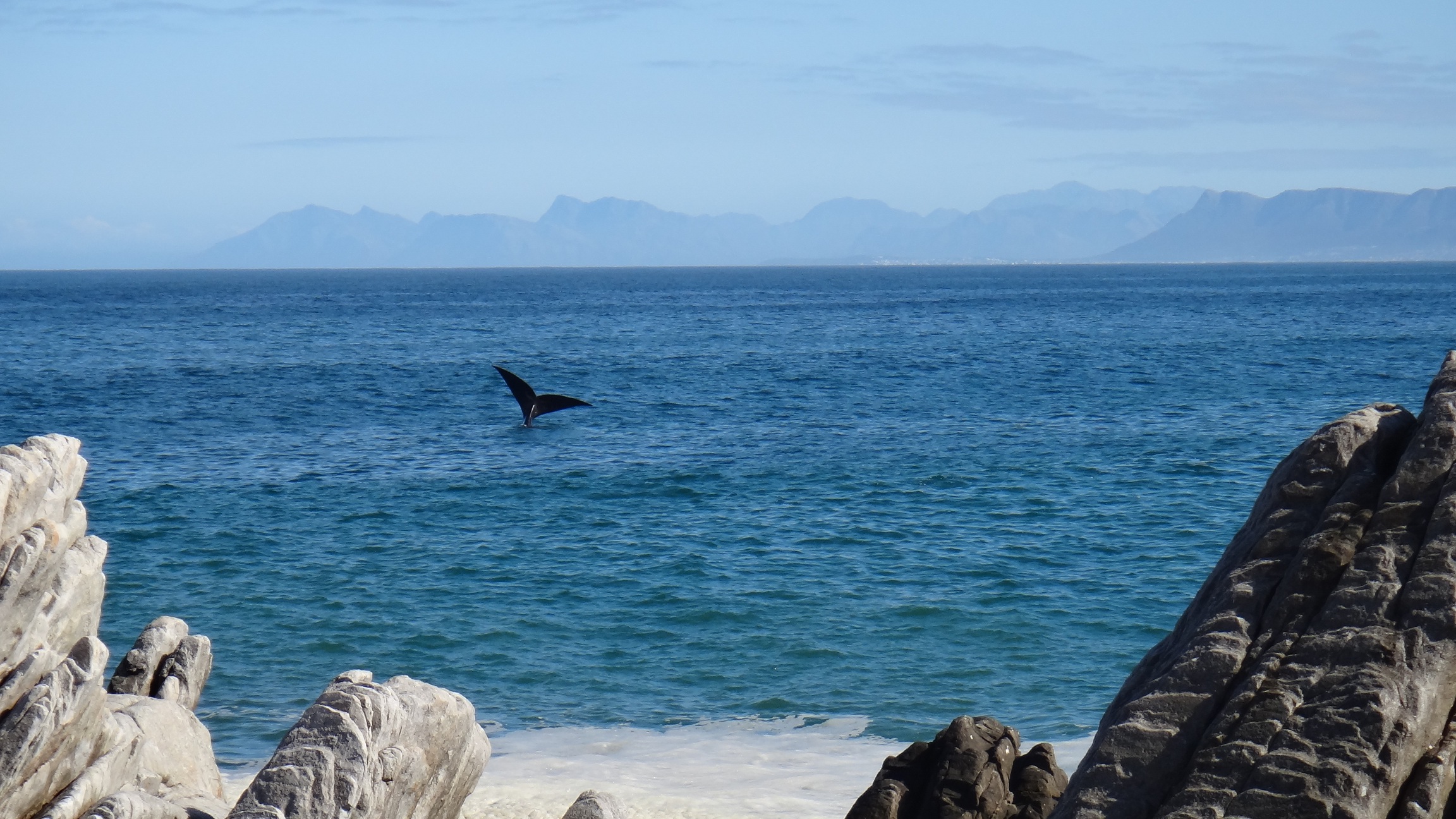 When the whale whacks its tail on the water, producing a loud slap and a shower of spray, over and over again, it could be communicating either alarm, annoyance or a mild threat. 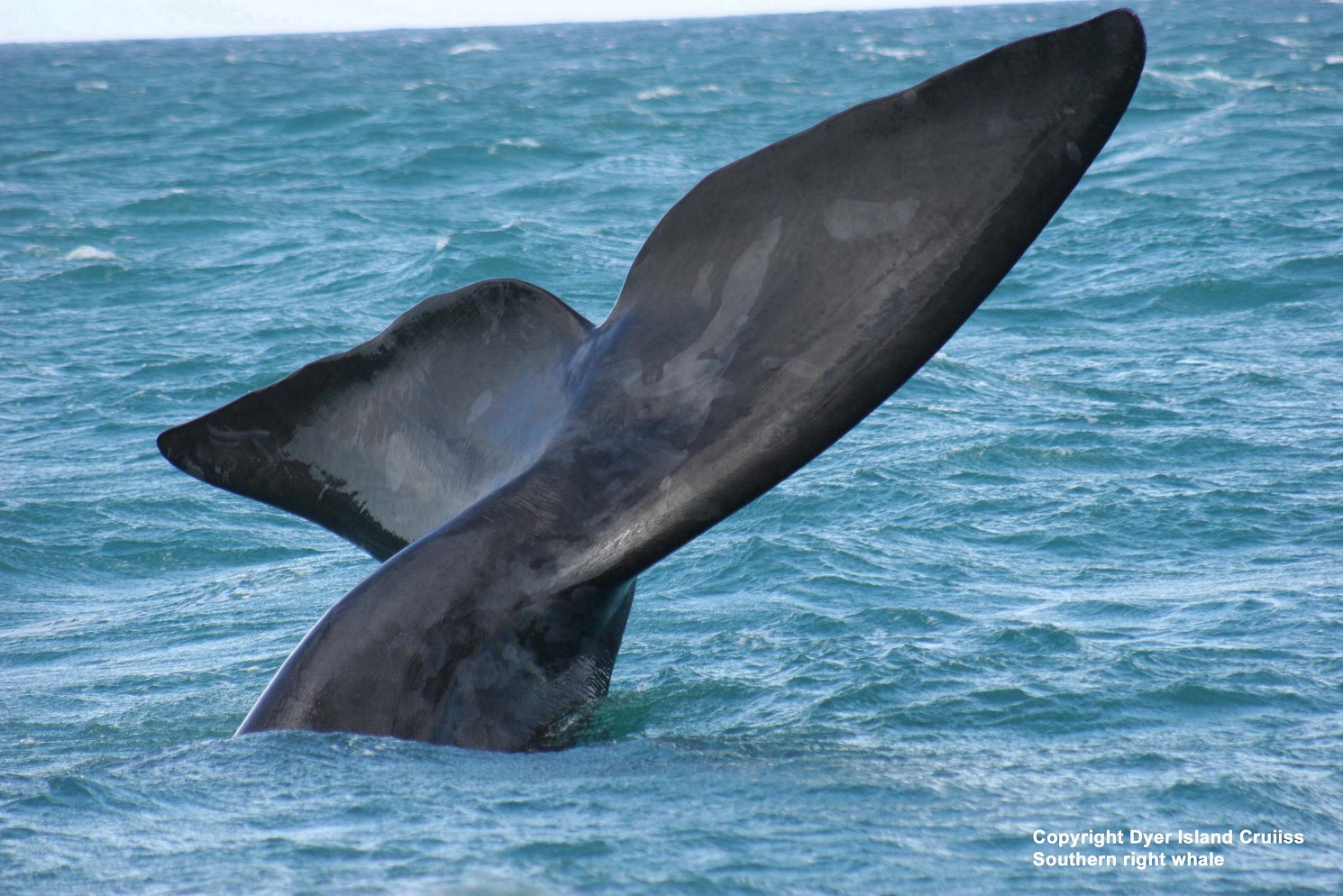 When the whale lifts its head above the water exposing its eyes to the air and a 360 degree view. This may just be a case of who-is-looking-at-who, as scientists believe the whales have good eyesight above the water and may be as interested in the many hundreds of people along the cliffs as we are in them. 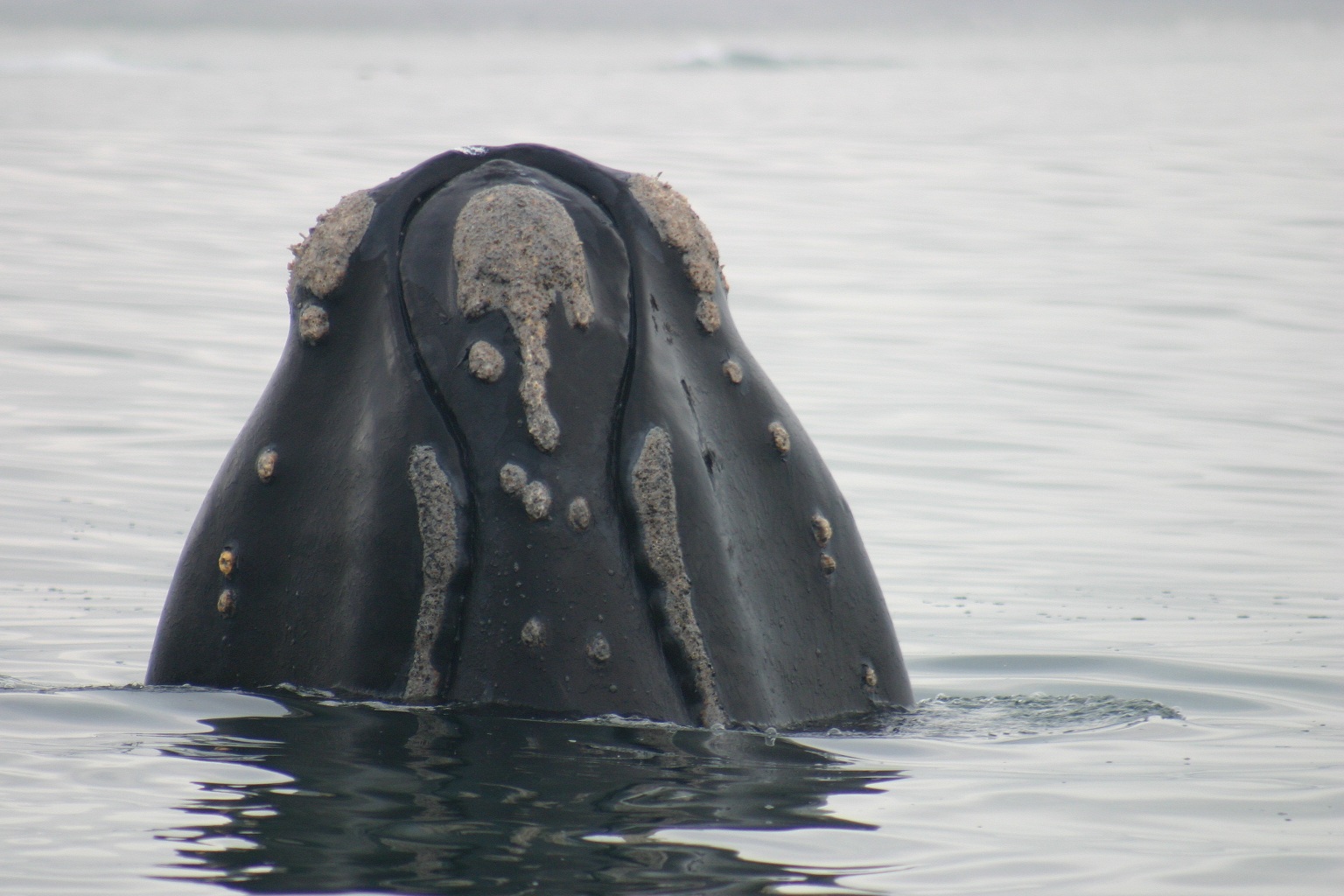 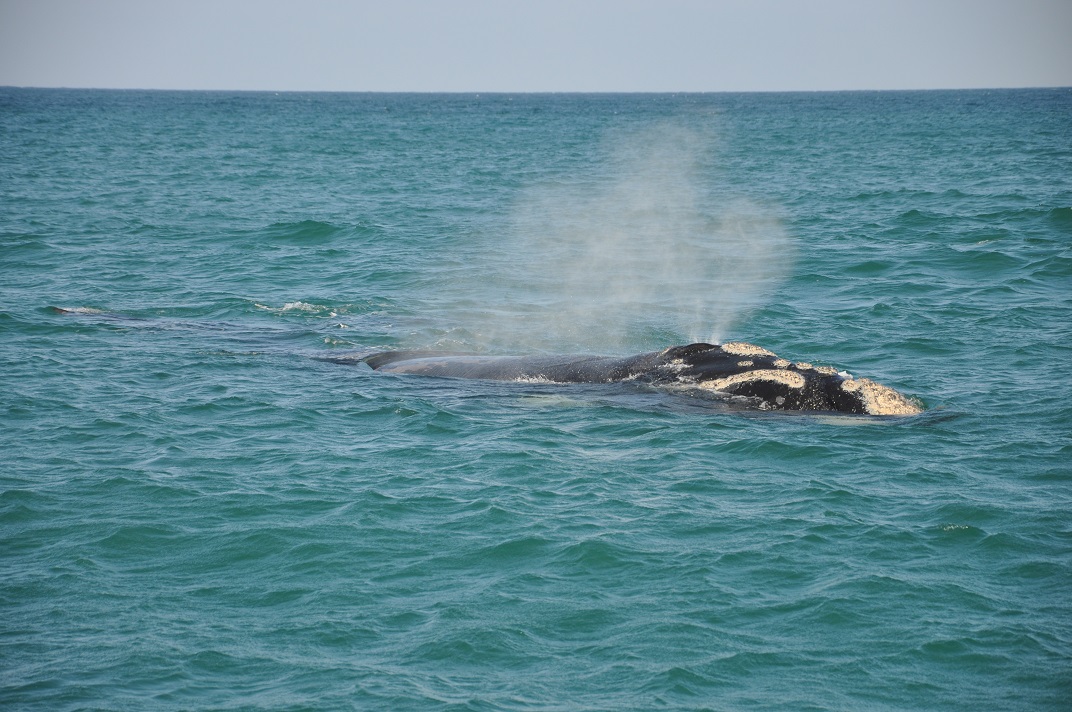 When is Peak Season?

The peak of the Hermanus whale watching season is September and October when you are practically guaranteed to see whales but they start coming to our shores from May and the “official” season opens in June when boat-based whale watching trips start. Arm yourself with cameras (binoculars are for birding!) and a warm jacket, take a walk on the Cliff Path or, for an even closer view, a trip on board a whale watching boat and be inspired!