Top Nature Reserves in the Overberg

The Overberg is a natural wildlife extravaganza thanks to its diverse coastal, farming and mountain landscapes teeming with extraordinary plant and animal species. Centred in the Fynbos Biome of the Cape Floral Kingdom and flanked by the fertile Garden Route to the west and the coastal habitats of Cape Agulhas to the south, the Overberg region boasts the best of three worlds regarding a unique concentration of rare plants, animals and birds on land and sea.

A variety of nature reserves and conservancies in the Overberg attest to the abundant wildlife in this area. Most of the reserves boast scenic hiking trails and a variety of outdoor activities in breathtaking settings.

Gansbaai itself has a number of conservancies, including the whale-watching Mekka of Walker Bay, the Dyer Island Bird Sanctuary, Uilenkraalsmond Estuary and Grootbos Private Nature Reserve.

The Walker Bay Nature Reserve stretches from Hermanus along the coast to the most southern part of the Gansbaai coastline and is renowned for its remarkable variety of indigenous coastal fynbos species, historical caves, fossilised dunes and flourishing pelagic bird and marine life. This is the place where people from across the globe come to watch the impressive Southern Right Whales and to cage-dive with the Great White Sharks.

Boat trips to Dyer Island give guests the opportunity to also meet the other members of the Marine Big Five - dolphins, seals and penguins - as well as endangered bird species such as the Cape Gannet, Hartlaub's Gull and the Black Oystercatcher that breed on the island. 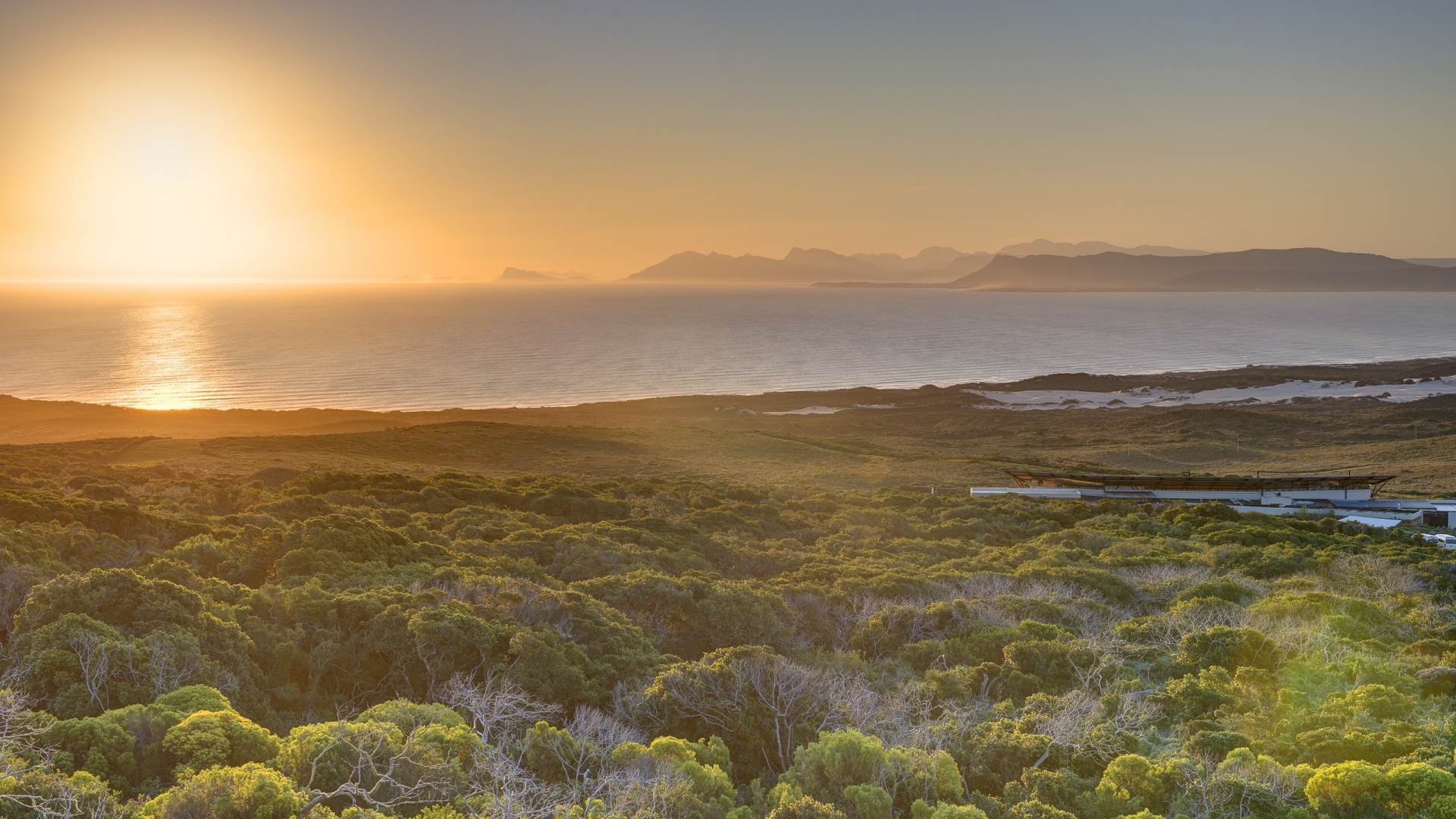 Next to Gansbaai, the Salmonsdam Nature Reserve, situated 20 km east of Stanford at the foot of the Perdeberg mountains, offers spectacular mountainous landscapes dotted with waterfalls. The reserve with its abundant mountain fynbos, hosts more than 120 bird species, various antelope such as klipspringer and grey duiker, as well as baboons and numerous small mammals. It forms part of the catchment area of the Paardenberg River, which eventually joins the Uilenkraals River south of the reserve. 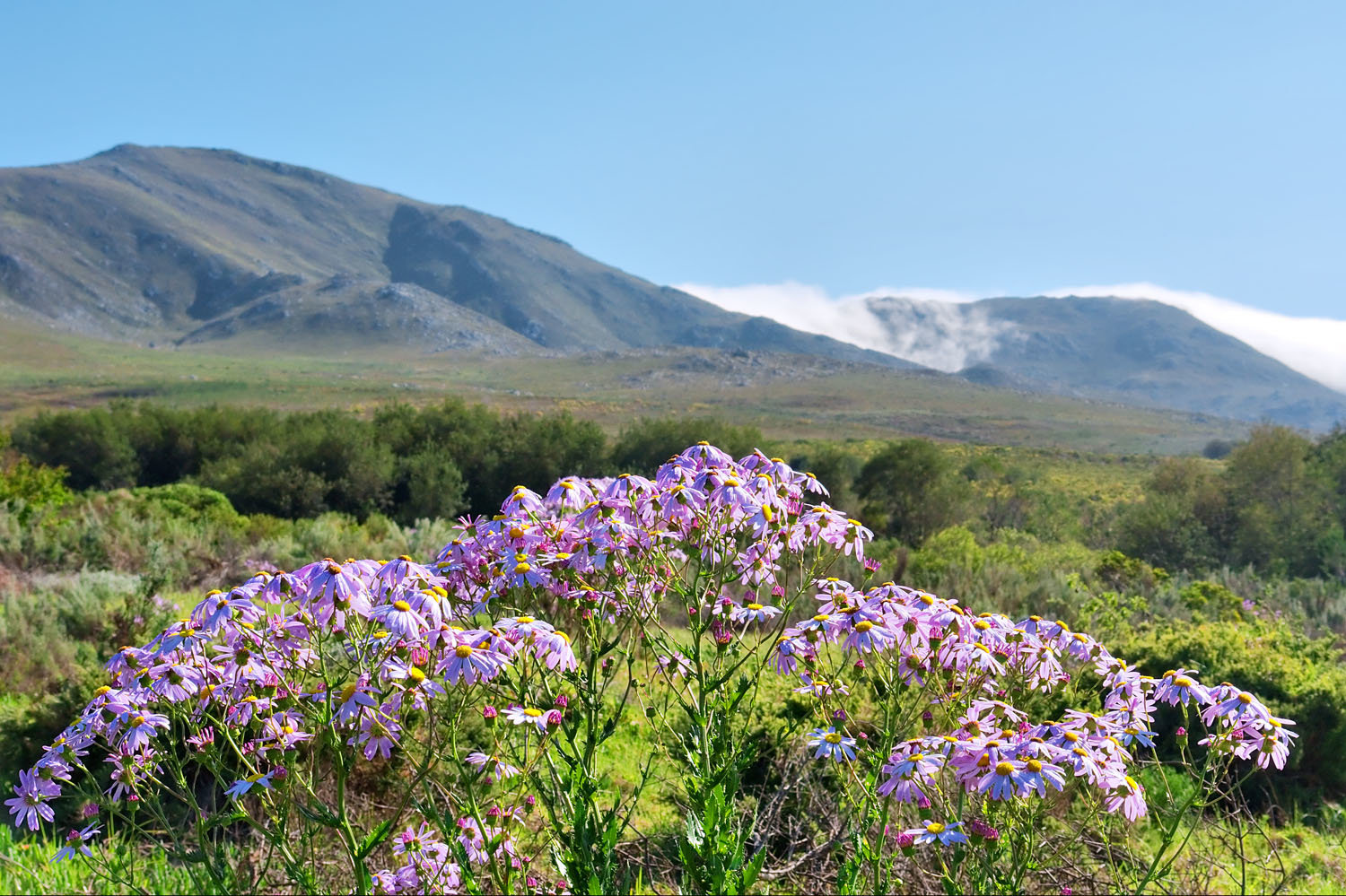 In nearby Hermanus, the well-known Fernkloof Nature Reserve and the scenic Harold Porter Botanical Garden provide nature lovers and adventurists with a sensational outdoor experience in Edenic settings. Situated in the Kleinrivier Mountains on the northern side of Hermanus, Fernkloof Nature Reserve boasts a 60 km network of hiking trails through lush mountain fynbos and evergreen forests offering stunning panoramic views of Walker Bay, the Hemel en Aarde Valley and Maanskynbaai. The reserve is a haven of biodiversity with 1474 recorded plant species. More about Fernkloof Nature Reserve here. The spectacular Harold Porter Botanical Garden is situated between the coast and the mountainside. The vast garden is renowned for its magnificent waterfalls, amber pools and deep gorges. Boasting 10 hectares of cultivated fynbos and 190 hectares of natural fynbos, it is one of the best places to explore coastal fynbos.  More information on Harold Porter Botanical Garden here. 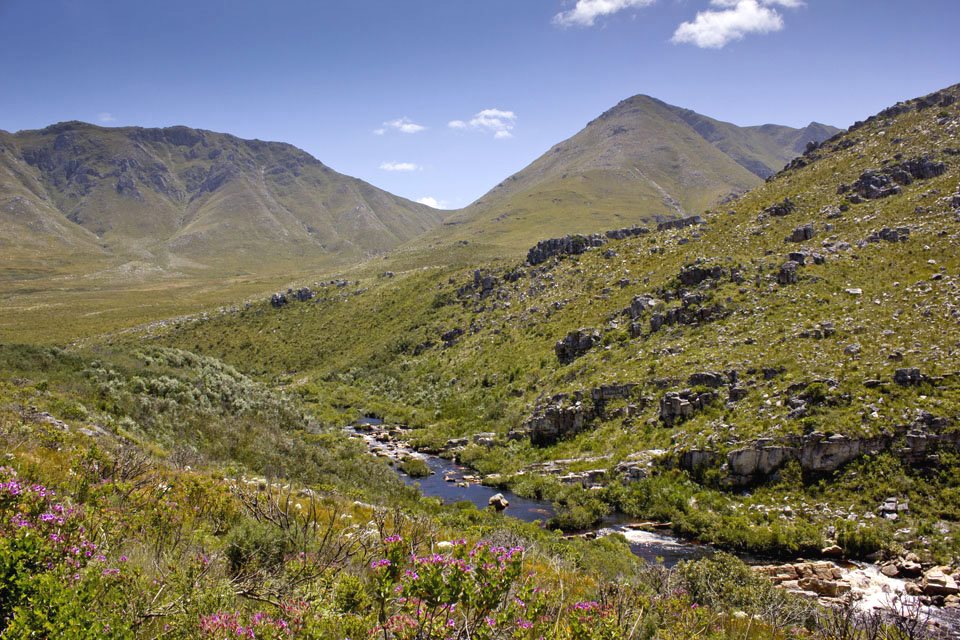 The Bontebok National Park is home to some of the last few remaining bontebok - a beautiful antelope that is found only in the Western Cape. More about Bontebok Nature Reserve here. The Breede River, in the eastern part of the Overberg, offers fun rafting and canoeing trips. It is also a hotspot for fishing. The only remaining hand-operated ferry in the country can be found here. View Accommodation close to the Breede River here. The L’Agulhas Nature Reserve, situated approximately 35 km from Bredasdorp, is the southernmost Private Nature Reserve in Africa and boasts the extraordinary feature of having the Indian Ocean to the East and the Atlantic Ocean to the West. In earlier times, the vast Agulhas Plains used to resemble the Serengeti when myriads of wild animals roamed the area. Soetendalsvlei, the largest natural freshwater lake in South Africa with an outlet to the sea, is some 8 km north of the L'Agulhas reserve. Another landmark in the area is the 24 km white sand beach that stretches from Struisbaai to Arniston. It is the longest stretch of unobstructed white sand beach in the Southern hemisphere. More Agulhas Nature Reserve here.